As most casino gaming enthusiasts know, the first mechanical reel-spinner got invented in 1895 by San Francisco car mechanic Charles Fey. It bared the name the Liberty Bell and featured three spinning reels. Its symbols were a diamond, spade, star, heart, horseshoe, and a cracked Liberty Bell. Hitting three bells in a row awarded a grand prize of ten nickels. If you are ever in Nevada, you can see an original Liberty Bell machine at the Liberty Belle Saloon & Restaurant in Reno. 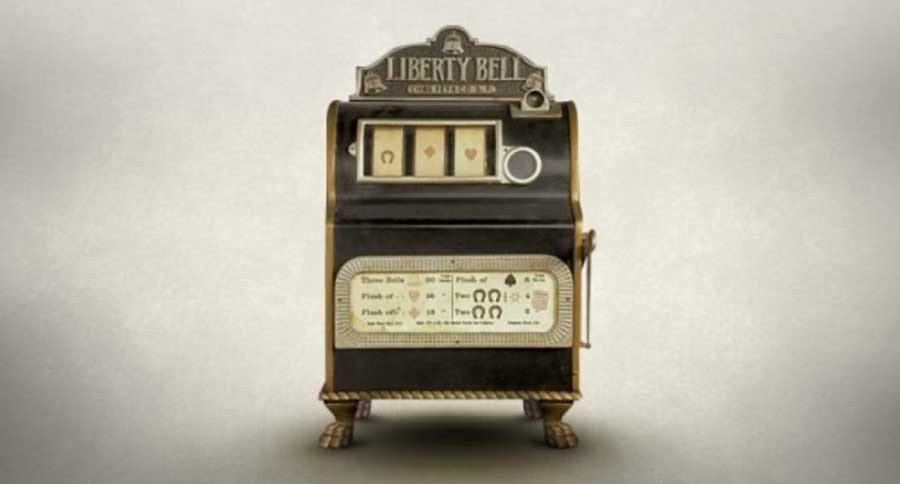 The 3-reel format set forward by this pioneering game became the slot standard for more than a century. In 1963, Bally Industries came up with the first fully electromechanical game, Money Honey. It was also a 3-reel, 3-row machine, as were the first digital reel-spinners. The 3×3 layout was the industry go-to until the early 2000s hit, as almost all titles utilized it.

As players began to seek more diversity out of their slot gameplay, developers had to innovate, stretching the genre’s borders. One of the simplest ways to make these games more dynamic was to add additional reels to machines, expanding the number of possible symbol combinations and ways to win.

In the late 2000s, WGS Technology, formerly known as Vegas Technology, began experimenting with the 7-reel configuration for their online products. Vegas Technology was one of the chief software providers for one of the internet’s earliest and most famous gaming platforms, English Harbour, which launched in 1997. In 2011, they re-branded themselves as WGS and churned out titles similar in quality to those of competitors Rival and Realtime Gaming. They also put out video poker games and RNG variations of classic table ones.

Some of the most popular releases in this self-created sub-genre were Framing Futures and Lucky 7s. By today’s criteria, both were rudimentary games, whose only novelty was their extra reels.  Gameplay and presentation-wise, they did little to stick out from other spinners, and some might call them below-average for their era.

Why Didn’t 7-Reel Slots Take Off?

Now, 7-reel games do still exist. Heck, there are even 9-reel slots. However, most of these are not popular. Their grids only expand to such a size inside a bonus round or due to an extra feature. A lot of them also incorporate a cluster pay mechanic. 7-reel, 3-row title, where winning combos form by landing matching symbols on a straight line are rare. Though, there are a few of those around as well. Super 4 Bells, by Netherlands-based StakeLogic, is one such title.

The original WGS products did not gain traction because they were not quality products. They utilized too many classic elements, like fruit machine-inspired symbol-design and no gameplay innovation besides the additional reels. At that time, other providers began to introduce things such as the avalanche mechanics and cluster pays, which spiced up gameplay tremendously, adding a new feel to the slot experience. WGS’ titles paled in comparison. Plus, they were not a good fit for mobile phone screens. They featured too many elements, making them impractical for early 2010s mobile devices.

Currently, the most-played 7-reel game is Play’n Go’s 2017 release, Reactoonz. However, as mentioned, this is not a classic slot. It features a 7×7 layout, and you get awarded wins when you land five or more alien symbols in a cluster. It incorporates all kinds of wild features and can be a bit complicated for some newbies. Its popularity led Play’n Go to produce a sequel in October of 2020, which utilizes many of the same concepts incorporated in the original.

Other quality 7-reels slots include Pragmatic Play’s Fruit Party, Crazy Tooth Studio’s Seven-7’s, CR Games’ Rainbow Rewards, and Red Tiger’s Wild Elements. The latter is a high variance fantasy-themed romp with a max win potential of x5,142 your bet and is a standout because it features a jackpot prize.

Fugaso has two Egyptian-themed 7-reel games that you may want to try, Rise of Parimatch and Imhotep Manuscript. Both feature 3-rows, almost identical graphics, and an RTP of 96%. Vault of Anubis by Red Tiger is another Egypt-inspired 7-reel game with cluster payouts. For classic action, you may want to stick to Omega 7 and Mexico from 36 Gaming or Firestar from iSoftBet.

Check out these sites from casinofollower to play 7 reel slots