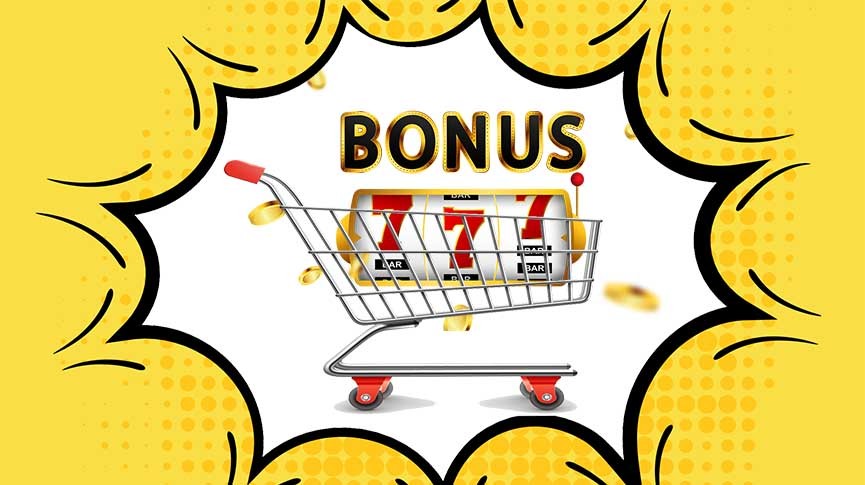 Throughout the years, slot machines that ruled the casino floors in land-based casinos have evolved a lot. Brand new features which build up the excitement and the potential of the game are being invented each year. Developers do everything in their power to increase engagement and allow players to enjoy a really thrilling slots experience.

Somewhere along the way, they have created the Bonus Buy feature. Actually, Big Time Gaming is considered as the creator behind this feature, the leading developer behind some of the most brilliant, innovative ideas when it comes to slots, the mastermind behind the ever-popular Megaways mechanics. Now, other developers have created their own versions of the feature, but it is a trademarked feature in BTG’s White Rabbit slot, released in 2017, called Feature Drop™. Since many other developers today use the feature, it is popularly known as the Bonus Buy feature. 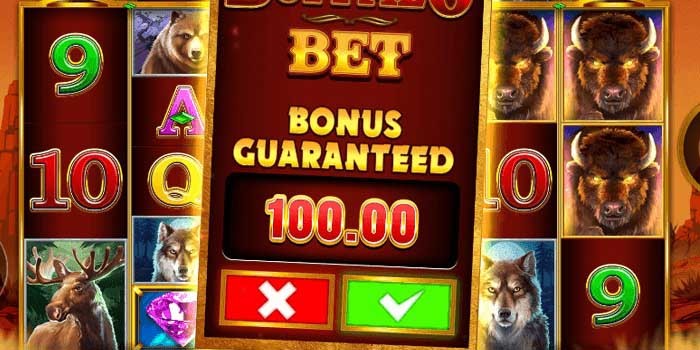 The thing with this feature is that not many players dare to use it. They are uncertain whether it guarantees a win or whether it would improve their gameplay really, or is it just something that you need to pay extra for and get nothing significant of it. That’s why in this article, we’ll try to introduce you to the feature and present to you the possible perks and downsides you can get with it so that you can decide whether to activate it or not on your next spin.

What Is the Bonus Buy Feature?

Online slots, as introduced, have evolved a lot. While in the past, they were mostly based on basic matching symbols combos, today, you have many ways to win playing them. One of the most attractive and easier ways to win a lot at a contemporary video slot is when you trigger the bonus game. 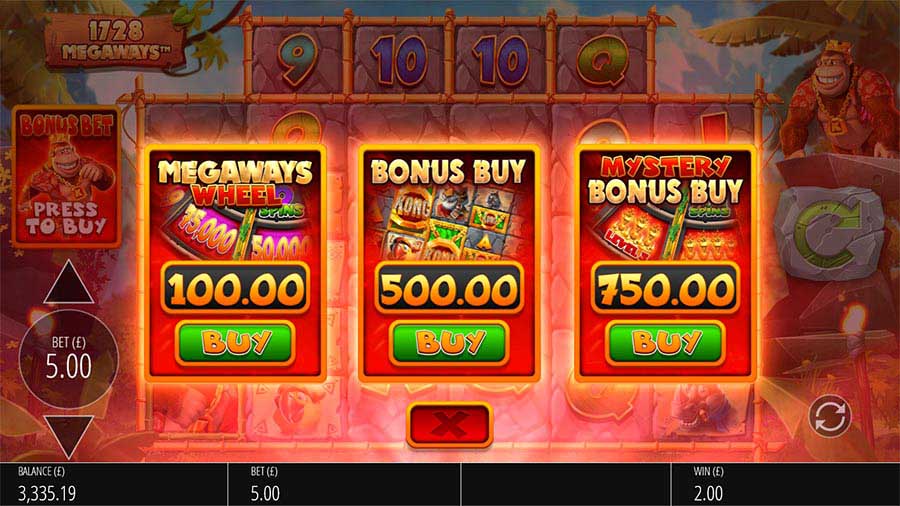 The bonus game can be anything from Free Spins to a Wheel of Fortune-type of bonus. Nevertheless, this is the bonus game that will take you to wins way better than the ones during the base game. To trigger the bonus game, you would need to land three or more Scatters usually, or collect a number of tokens or special symbols, or sometimes even Wilds. And to collect the needed number, you usually have to go through many spins.

Bonus Buy, therefore, is a rather self-explanatory feature, a feature that allows you to get to the bonus faster, by buying your way into it. With it, you do not need to play through hundreds of spins to get to the bonus; you need to pay an amount that is way bigger than your stake.

Usually, the price of the Bonus Buy feature is from 50x to 100x the stake, but there are slots where the price can be a lot, lot bigger, like 750x the stake bigger. And this is where all controversy lies.

Before we get into it, let’s look at the pros and cons of activating the Bonus Buy feature. After you go through them, you will be able to more easily make your decision on whether to use it or not.

Well, that’s basically one of the biggest benefits of activating the feature. Say, you’re playing a slot with an RTP of 96.00%. That means that if you invest $100 in the slot and you win all of it, you’ll get $96 back and the $4 remaining will stay within the machine, as a house edge. Now, with the Bonus Buy feature active, the RTP can increase up to 96.50%, for instance. That will lower the house edge to 3.5%, meaning only $3.5 will remain within the machine. This example is the simplest one to give you an insight into how RTPs work. But, since you want to get quick access to the bonus game, where the payouts are enormous, the math can be quite different.

This brings us to another pro of activating the feature. If you’re a high-roller, you don’t mind investing a lot on a highly volatile slot, because highly volatile slots give out massive payouts. Now, in such slots, the Bonus Buy feature is almost always an option. It speeds up the play, and it allows the high-roller to get to its massive wins faster. With this feature, they fast-track the bonus and skip right to the most interesting and more rewarding part of the action, saving so much of their precious time. 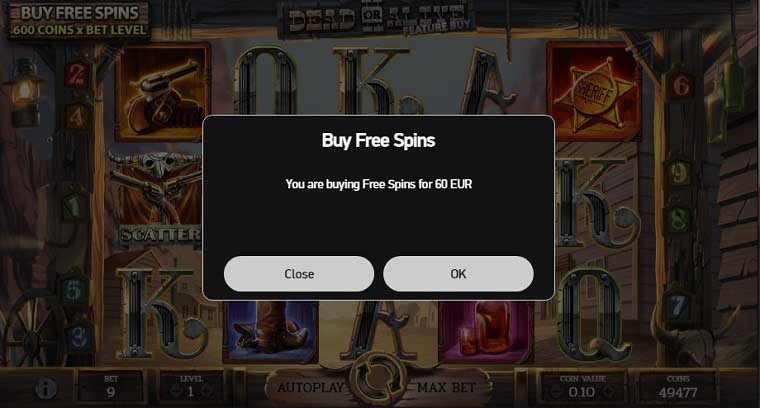 But we must also mention the entertainment value of this feature. Obviously, bonus rounds are the most attractive part of the slot action. But triggering them may sometimes be rather difficult. Chasing the bonus round can be frustrating, overwhelming and cause anxiety even. Plus, it may cost you much more in the long run compared to the cost you would need to pay to activate the Bonus Buy feature. And that’s why, to save yourself from the trouble of wasting your precious time, money and health even, sometimes, activating this feature can be quite alleviating. When you see a slot with a reasonable Bonus Buy price, and you know that you get super frustrated when chasing the bonus, your better option would be purchasing the future, to make things easier for you.

Now we can go back to the controversy part. While many players, mostly high-rollers, supporters of the feature, would argue that the Bonus Buy is still an option, not a mandatory feature, and they have the freedom of choice to actually buy their way to the bonus instead of chasing it, critics say that the feature is a nightmare for the vulnerable category of players, making them spend way more than they can afford and within a very short time. That’s why the feature eventually became banned in some key markets, the UK included. That’s one of its major disadvantages, the fact that it is banned in many jurisdictions.

In addition to not being available in all jurisdictions, as mentioned, the feature may cost a lot. While the 50x to 100x the stake is somewhat acceptable, there are slots where the feature costs 350x, 750x or even 2,000x the stake. This is where things get tricky. If the overall payout the game can offer is around 3,000x the stake, and you activate the feature which costs 2,000x the stake, chances are you’re risking a lot for nothing. In such cases, you need to do the math, be certain that you can gain at least double than the cost of the Bonus Buy feature, for the whole purchase to be worth the risk. If the game can offer a 3,000x the stake overall payout, and the Bonus Buy feature costs 50x, that’s something you could consider. 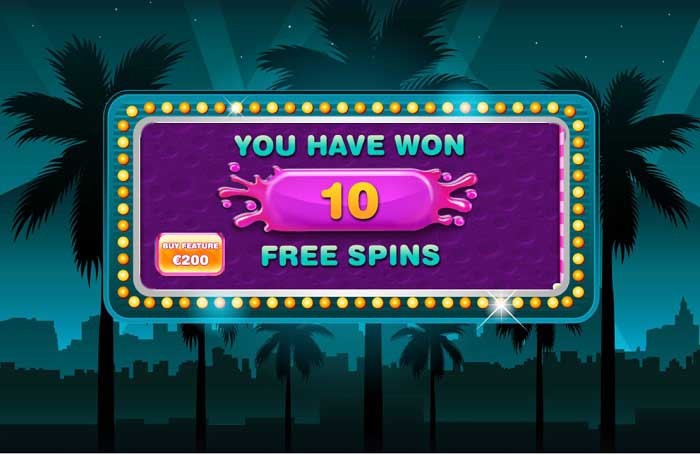 Now, this brings us to another issue. We just exemplified which Bonus Buy feature cost would be reasonable. But does the feature guarantee massive wins? No, it guarantees quick access to the bonus game. Once you get to the bonus game, your chances of winning a massive sum would still depend on luck. Sure, some Bonus Buy features not only increase the RTP but also add special symbols on the reels to further increase your chances to win a massive payout, but sadly, not all of them do. The truth of the matter is, this feature does not really guarantee big wins.

Let’s get back on our example, the one we found to be reasonable where the Bonus Buy feature costs 50x and the slot offers a 3,000x the stake payout. With the feature active, you may get to the 3,000x the stake payout, but not necessarily. You may also win nothing or only 20x the stake, which is not something you hoped to when you activated the Bonus Buy feature. That’s where many players get disappointed, and that’s why many rarely activate it.

But knowing all of these pros and cons, at least you can do the math. You can weigh in the good and the bad, inspect the slot, try it in demo mode even, before you commit to purchasing the Bonus Buy feature. At the end of the day, it will all depend on luck, but the Bonus Buy feature could give your luck a boost. Therefore, consider all of the information you learned today, and make your decision whether this is a feature fit for your online gambling style.